It has been a rainy week and we are trying to be thankful for all the rain. KT has been sick this week, which has taken up a lot of my brain power. Stomach issues are no joke. We finally took her to the vet on Saturday and I already tell a difference. Sometimes you just need a shot!

As a Gilmore Girls fanatic all my life, I've been wrapped up in the Netflix special that released just after Thanksgiving. What did I think? It wasn't the same, but it felt like "home" to watch the characters get back together. My girlfriends, also in the same fanatic boat, got together Wednesday to analyze and unpack our thoughts, all while eating the junk food they famously eat on the show. 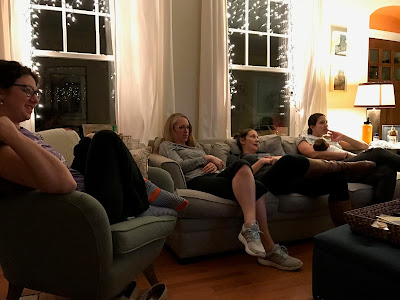 I'm thankful for this tribe of women.

Our four year anniversary was Thursday, which we spent at Fondren's First Thursday and with dinner at Bravo! As always, the filet was divine. Paul bought be a diamond contour band that fits my engagement ring (I've been wearing a thin guard band since we got married) that I'll treasure forever. My gift was a little bit of my dad's doing.

You see, he recently bought a Philips Hue and Amazon Echo Dot kit and was showing it off to us. Paul was in love. 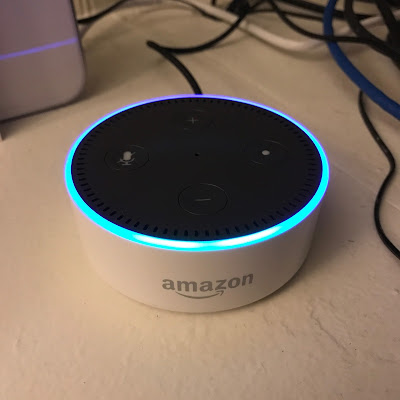 So, for his anniversary gift, I bought him another woman. Meet Alexa. She turns down the thermostat, tells us the weather, and will turn on lights when we ask. I'm fine with her being the third wheel. 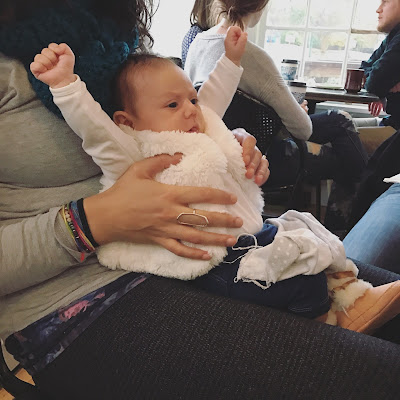 Speaking of women, this cutie is the newest member to the group. (You can see her with her mom in the photo above). When her dad strolled her in to breakfast on Saturday, we couldn't get over her furry boots and vest. She has this habit of holding her hands up after eating, then falling asleep. It's the cutest thing.

See this guy? He's been officially mine for fours years as of today. 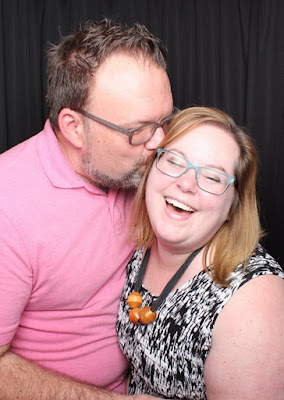 What a dream boat.

Happy anniversary, boo.
Posted by Sophie Wolf at 8:00 AM 2 comments: Links to this post